In which we are reminded not to call our clients’ babies ugly…. At least not all at once.

“So, what do you think?” I asked my friend at intermission.  I had invited her to dinner to catch up on a year’s stories,  then to take in a local troupe’s performance of a Broadway musical. 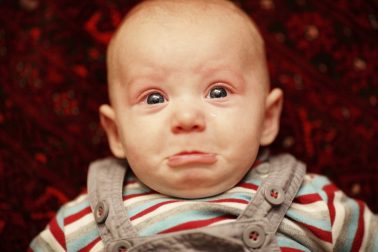 “This is HORRIBLE,” she stage whispered. “Horrible!  The orchestra is terrible – the strings haven’t got it right since the beginning. The French Horn player is wandering like a lost soul.  The actor in the orange pants is a supporting actor, and he’s consistently upstaging the leads: That should NEVER happen, that’s a huge directorial mistake.

The guy we just saw should get an award for grossly overacting  his part, I don’t know what he’s doing. The conductor’s tempos on some of the pieces are far too slow and too fast on others….. and generally, he’s allowing the pit to overshadow the singers.  In situations like this, with such a weak orchestra, they’d have been better off using a piano – that’s what most groups like this do and that’s why they do it.”

She stopped to take a breath and  think for a moment.

“I’ve performed this show several times, starting when I was in fourth grade,” she continued. “I’ve sung all of the women’s parts and two of the men’s parts. I could DIRECT this thing…………..This is HORRIBLE.”

“So,” I asked, thoughtfully. “Would you like to leave now?”

“Yes, I would,” she replied, vigorously.  “If you hadn’t seen this before, I’d stay. Since you have, let’s leave. I’d love to hear the lovers’ duet in the second half and I can’t deal with everything I’d have to hear before that happens. Let’s find a bar and we can talk to each other.”

Interesting, I thought, as we slipped out of the theater.  I agreed completely with her criticisms, every one. Yet, as I watched the performance, I was willing to overlook or quietly (to myself) critique the shortfalls and gaffes because was I focused more broadly, was enjoying the experience – the story, the set, the enormous talent of the two leads, the theater, the pleasure in an evening with a friend not seen recently.

My friend looked through the eyes of a director or critic, cutting straight to technical details with jarring bluntness.

As we left the theater, I thought, “Yes, I’ll enjoy more conversation, that will be good,  and…. I feel…AMBUSHED!

Sometimes, when clients ask, “what do you think?” or when we’ve concluded our assessment of a client’s situation and found them deeply wanting, it’s best not to say ALL that we know or feel strongly is ‘the truth.’ Few people respond well when others call their babies ‘ugly.’  While it might take a trifle longer, a more gradual and engaging approach, testing for sensitivity and direction before we fire with both barrels, can be the better way.