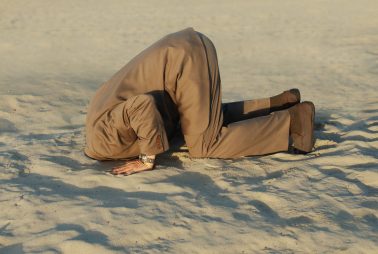 [April 18, 2017] The timing of the Wells Fargo case is symptomatic of a broader failure.

The general theory about “why this happened” is that branch incentive programs were wrong (widget-based) and that sales managers were far too aggressive in pushing sales staff to sell more. All true, well documented.

However: People tend to “go rogue” when the systems in which they’re working fail to produce the results for which they’re being held accountable. In part, the Wells Fargo situation happened NOW because we’re reaching a system-failure tipping point: branch-based sales of financial products are less and less relevant as customers increasingly purchase their financial products digitally.

According to Bain & Co. research: In the US, half of consumer banking products are purchased “elsewhere” – not at the primary bank. Overall, in the USA, 41% of those purchases are digital. When people buy at another bank, they’re 2x  more likely to do it digitally.

The current business model (comp plans, organization structures, etc.), based on the “branch as sales engine”, is now, obviously, breaking. The Wells case is corroborative evidence of this. JPMorgan Chase’s success in attracting deposits digitally shows the way forward.