In which we are encouraged to break down our sales conversations and work out the sloppy spots. 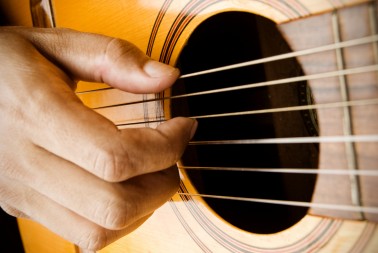 When I started my first post-college job, the playing dropped off a bit and, over time, there have been years when I might have played a couple of times a month.

In an effort to reconnect with the instrument, I’m now playing 20 – 30 minutes a day, 5 days a week. And, while a practice session might include some time ‘free forming,’ moving from bits of one song to bits of another as the spirit moves, I’m working specifically on two pieces that were part of my standard set list when I was playing out three nights a week.

I can play the two songs blindfolded, I’ve played them hundreds of times. But, over the years I hard-wired some sloppiness into my playing. My objective now is to make them … clean. No missed notes.

To reach THAT level, I’m having to s l o w d o w n my playing almost to the point that the songs are unrecognizable, thinking about each note, each hand position, working out the sloppy spots. ‘Though this has been frustrating, since I am having to relearn something I’ve done hundreds of times, I could hear the improvement beginning in the first week.

Food for thought when we think about how we say what we say in our conversations with clients and prospects. We want ‘clean.’ We want ‘engaging and effective.’ We think we know the words, we’ve said them 100’s of times. And yet, we miss things.