In which we are reminded... no lead list is perfect. Just get on with things.

I’m a guitar player. Well, let me qualify that. I enjoy a limited range of finger picking acoustic guitars,  inspired most deeply by American folk music and blues. Sure, I’ve got my share of rock and blues guitar players I like, for example, Jimmy Page’s work during “You Shook Me”  on Led Zeppelin’s first album straightens me up every time. Joe Bonamassa’s mid-song solo in “Stop”, at the Royal Albert Hall, same thing. Stevie Ray Vaughan, you bet. BB King, sure. I love the blues, slow and strong.

But the guy who most influenced what I can actually play was Leo Kotke  whose work on a 12-string guitar left me breathless the first time I heard him and still does. 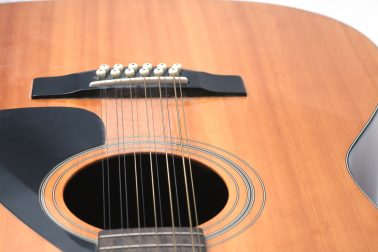 I’ve seen him in concert several times. One of my favorites of his concert stories comes from his early performing experience.

As he tells it, he arrived at The Purple Onion in San Francisco to play a show without his usual guitar – it had been stolen, so he had to play a replacement instrument. Feeling a little off because the instrument didn’t have the same feel, he complained about the replacement repeatedly during his performance.

Turns out that another player, Dick Rosmini, a well known folk guitarist who had been one of Kotke’s inspirations in junior high school – Kotke worked on his chops by playing some of Rosmini’s songs over and over and over – was in the audience.

After the show, a moping Kotke heard a knock on his dressing room door. It was Rosmini.

“I told him that the guitar was impossible to play and that the stolen guitar was perfect.”

Rosmini asked for the guitar, examined it closely, and then played some really difficult licks for about five seconds and handed the guitar back to Kotke.

“See, if you know how to play, it doesn’t matter.”